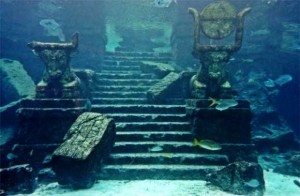 Hello everyone! I think it’s high time I do an update on story progress and such.

Jessie has none. I haven’t touched it since finishing the cliffhanger scene from the end of Chapter 4. But the reason for that is simple…

I’ve finally got a title for my full-length action adventure book! This is quite a doozy so prepare yourselves… The title of my project two years in the making IS….

I know, I know. Pretty freakin’ awesome, right? The story’s had to be re-worked a few times and I’m in the process of structuring the overall flow of the story and trying not to make it too padded out with things just for the sake of having them. That said, I also have a pretty good tie-over for a killer sequel should I decide to write one. For those not in the know, the story is a bit something like Indiana Jones meets Uncharted meets Tomb Raider meets real world.

It’s a tired genre, I know, but I really want to tell a story like that featuring some of the amazing ancient-world sites and research that actually exist and people can actually research and visit on their own. It’s more like Uncharted in that sense: the basic locations and such are based in reality and have their own legends and lore that go with that, but I intend to throw a bit more actual research and actual things into it.

For example, Liz Darren travels to South America early in the story and to avoid pursuers, dives into one of the Yucatan peninsula’s many cenotes– huge water holes in the jungle that delve deep into the Earth, so far down only the most simple of lifeforms exist; ones that have never seen light. Ones that don’t have eyes. The Maya used the cenotes for water in their riverless jungle but also revered the underworld below where the spirits of the dead are said to reside, if I remember correctly. Most cenotes have underwater caves connecting many cenotes over miles and miles of jungle, and some even have paths that lead to the ocean. It’s theorized that they were created by the ‘shrapnel’ debris that accompanies the giant asteroid that wiped out the dinosaurs, and the impact site is thought to be right there off the coast.

It’s things like that that I really want to show people through the adventure story. You can actually go diving in these things. You can plan vacations around some. Some are absolutely gorgeous.

Anyway, the general synopsis is as follows, until further notice:

On a routine expedition, archaeologist Elizabeth Darren discovers a relic that she believes may have come from the fabled lost city of Atlantis. What’s more is that it provides a hint to the possible location of the city and warns of the powerful artifact that led to its demise. Par for the course, an organization is hell-bent on getting there first to analyze the artifact, replicate its technology, and sell it to the highest bidder. Liz must travel to the ends of the Earth in a race against time to protect her family– and the world– from catastrophic disaster, the likes of which haven’t been seen since Atlantis sank beneath the waves.

Exciting, no? Over the last few weeks I’ve really solidified a lot of aspects of the project that have been up in the air for a few years, such as character names, some personality types, and exact scenes that progress the adventure. All that’s really left is a few more names, deciding which places she visits, and structuring out the sequence of events before I start writing.

Jessie will be back soon, I’m just incredibly lazy and Arcana’s taken up all of my creativity this past month or so. I’m really excited to be progressing on it and I’m hoping I can share more soon. I don’t think I’ll be posting it serially like Jessie (I want to actually finish this and make it *perfect* so I can actually publish it), but I’ll probably share drafts of the first few chapters here and there as it moves along. Arcana’s for real-real, Jessie’s for play-play.