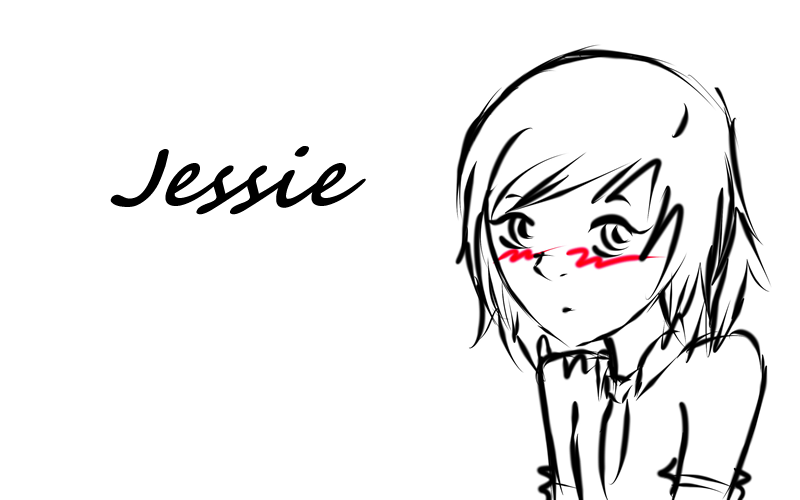 Here is a working list of characters in the story, starting with the main cast. Information here is all subject to change, but is accurate as of chapter 7.

And since I can’t draw, enjoy Tomodachi Life Miis of everyone. All of the drawn artwork was provided by Evy. 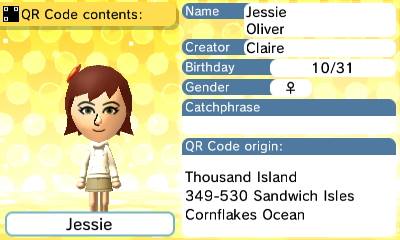 Jessie Oliver, sometimes referred to by family and acquaintances as Jessica, is the titular character of the story. Jessie was a very feminine boy who, through the help of a magical spirit haunting an old well, was transformed into a girl. Now she’s got a new lease on life but is completely unsure of how to use it. Only time will tell. 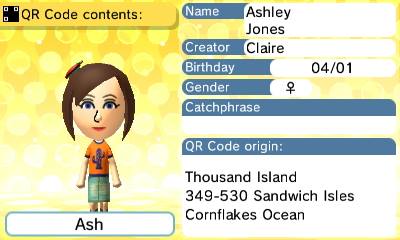 Ashley Jones, aka Ash, is an eccentric type of girl who just has to go out of her way to be friends with everybody. Even Jessie, though she will probably never know why. She’s cute, spunky, athletic, and just loves cute things. Cross her though, and you’ll wish you were never born. Eric is Jessie’s first guy friend at Pierce. He’s sweet and very loyal and would do anything to help a friend in need, even if it scares him half to death. Has horrible luck with women, apparently. Can be very sassy when crossed. Duncan is a reformed bully who used to take Judo. He’s got a bad reputation at school, even amongst the girls. With Jessie’s help, he’s managed to turn his life around a bit and even managed to make up with the bane of his existence and target of much of his persecution, Roger the emo kid. Still has a bit of a temper, though. Loves thrills, chills, and hard rock. 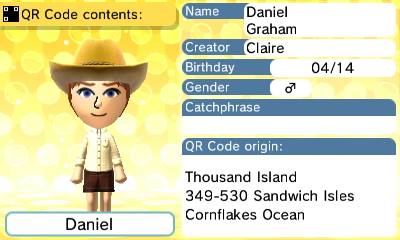 Daniel is an up and coming pianist who often practices on the grand piano in the girls’ school due to an unfortunate accident rendering the piano in the boys’ school forever inoperable. Can be quite the smooth talker, in part thanks to that slick English accent, and goes after what he wants without hesitation. He’s a year older than his sister, Rachel. 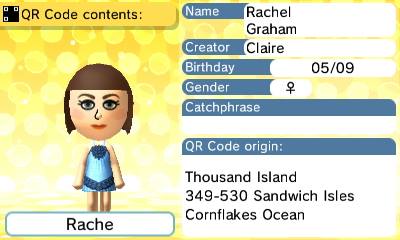 Rachel can come off a bit harsh at times, with her accent giving her an authoritative tone, but she’s a real sweetheart underneath it all. She really just wants to see everyone around her succeed in the end. She’s a year younger than her brother, Daniel. She’s in the same grade as Jessie, Ash, Duncan, Eric, and Mary Sue, but doesn’t share a class with any of them. She is also the dorm head for the girls’ side. Can play a mean guitar.

Mary Sue Smith
aka Luna Sparkles The Unicorn Wizard™ (her original character, do not steal) 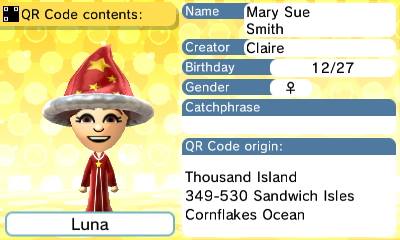 Mary Sue Smith is a crazed fangirl who writes fanfiction and draws said fanfiction out into comics with her favorite crayons and colored pencils. She believes she is secretly a wizard of some sort, but was too good and thus was kicked out of the wizarding world and would probably be arrested if she showed her magical powers to anybody. Much to the surprise of nobody at all, she doesn’t really have any friends, but she’s always hanging around in the background, keeping tabs on the happenings around her. What she lacks in friendship she makes up for in imagination.

Autumn Pierce — Autumn is a somewhat stoic girl who shares a grade with Daniel and tends to the garden behind the girls’ dorms. She can usually be found there, tending to her plants or catching up on her latest book in the gazebo that acts as the garden’s centerpiece.

Roger — The emo kid, non-conformist as can be. Likes to sigh. He’s in the same class as Jessie and Eric.

Otakun — The otaku in class. Squirrelly looking boy with thick coke-bottle glasses that he likes to push up the bridge of his nose so that they glint in the light, hiding his eyes and making him seem more clever than he actually is. He loves manga and writes his own doujinshi stuff. He’s totally going to hook up with Mary Sue, but will senpai ever notice her?

Cindy and Rhoda of The Snood Crew — Two stuck up bitches who don’t much care for Mary Sue, or Left 4 Dead.

Mr. Schroeder — Jessie and Eric’s main teacher. He doesn’t put up with any BS and puts on a front of disdain for his students, but deep down, he’s really looking out for them. He treats his class with individual respect rather than treating them like the children they are, and because of that, the students all tend to like him, which only serves to annoy him more.

Mrs. Stable — Ash and Mary Sue’s main teacher. She’s a very thoughtful and accepting woman who would rather examine a situation for all its worth than jump to conclusions. She goes out of her way to help Jessie, but to be fair, she’d do that for any of her students.

Dean Winters — She’s the lean mean dean who keeps it clean if you know what I mean. Also an understanding individual, but follows rules by the book. She’ll occasionally bend a rule in a special circumstance like Jessie’s, but she will dole out her punishments swiftly and without remorse. This is her school and she won’t let you forget it if you cross her.

Justin and Joyce Oliver — Jessie’s doting parents. They are unsettlingly accepting of Jessie’s biological situation and really wouldn’t mind if Jessie’s a boy or a girl, as long as their child’s happy. Jessie often wonders if anything could shock them or truly make them upset. Like Mary Sue, they tend to live in their own little world.

Jason Oliver — Jessie’s ten year old brother. Little shit. Likes to tease her at every chance he gets, or at least, he used to before she ‘announced’ that she was really a girl all along. We’ll see what happens there.

Jennifer, aka Jenny — A co-worker of Jessie’s who usually runs the register at the store. She considers Jessie a friend, and Jessie’s comfortable being around her, but she tends to be oblivious to the outside world and how dark it can be. She is positive to a fault, and almost sees Jessie as the little sister she never had.

Ryan — Jessie’s asshole co-worker. He’s the same age as her, but goes to a public school in the bad part of town. He likes to tease Jessie every chance he gets and gets off on making her upset. Due to a series of long events, Jessie owes him a favor that she’s deathly afraid of cashing in.

Ellen — Ryan’s girlfriend. She’s an easily excitable southern belle who talks a lot. And I do declare a LOT. Spoilt rich snot.