This week’s Throwback Thursday is doing a little something different. How different? Well, did you know that the Super Nintendo was capable of surround sound? Strange concept, right? Believe it or not, that little SPC700-powered powerhouse was capable of some amazing audio trickery, right down to Dolby Prologic 1.0. You may be familiar with Dolby Prologic II, as it was the common surround sound format used on Nintendo consoles from the Nintendo 64 through to the Wii, but it had a predecessor on the ol’ Super that pulled off some amazing feats for the ears. In an era where 2D games ruled and games didn’t have bullets whizzing past you, surround sound was used to create unique works of aural art. Here I’ve compiled a small list of my personal top five picks for best use of surround sound in a Super Nintendo game. #5. Samurai Shodown
Samurai Shodown is a rather generic-looking fighter, but where it shines is its Japanese theming. Set in feudal Japan, your samurai must fight his way to the top. While an otherwise generic SNES fighter, it’s this theming combined with the soundtrack that makes it stand out. The use of surround sound (actually licensed by Dolby) maps the taiko drums and traditional Japanese strings to the rear speakers. When combined with the sometimes subtle crafting of the soundtrack, the effect produced by the surround sound really helps draw you into the setting. 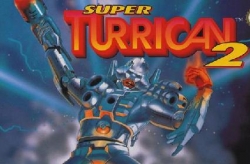 #4. Super Turrican 2
Another game with licensed Dolby surround (and the last on our list) is Super Turrican 2. While this game is a rather simple run and gun shooter, it is a rather expensive addition to anyone’s Super Nintendo library these days. While the staying power and cause for the game’s popularity is debatable, there are two undeniable factors that go into it: the game’s impressive visuals, and it’s awesome soundtrack offered in full surround. While not the best soundtrack in gaming, it certainly stands out, and even moreso in engrossing surround.

#3. Tales of Phantasia
Tales of Phantasia stands out on the list by being one of the few surround sound SNES games that takes a different- and far better- approach. Rather than ‘deepening’ or ‘widening’ the existing stereo track to the secondary channels, or providing a simple single instrument or rhythm line to the back channels, Phantasia’s music was written specifically to make use of the surround channels. You’ll hear many tunes, including the now-famous-in-certain-retro-gaming-circles theme song, with specifically-written parts for the separate channels that blend incredibly well together. The actual scoring itself can seem a little off balance at times, but that was something the team improved upon in… 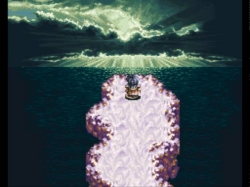 #2. Star Ocean
When most western gamers first played Star Ocean it was through a fan translation on an emulator, but many people (including, I imagine, many Japanese gamers) knocked it for its seemingly bad soundtrack. What these people didn’t know is that the game happens to default to surround sound, so when played in stereo, it sounds like things are muffled or missing—and that’s because they are. Star Ocean was developed by the same team that made Phantasia after they left Namco over some disputes, but that’s a story for another day. They took all of the audio tech they developed for Phantasia with them and improved upon it, technologically speaking, in many ways. The audio tracks are now fully balanced and have lovely implementation providing a perfect setting to a grand Star Trek-esque sci-fi epic. 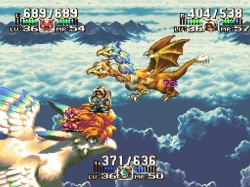 #1. Seiken Densetsu 3
The number one spot for best surround sound in a Super Nintendo game falls to none other than Seiken Densetsu 3, better known as Secret of Mana 2 in the west. By selecting ‘wide’ under ‘stereo’ in the audio options, you activate the game’s surround sound and if you’ve got a surround system, there is no better way to experience this game. The soundtrack and storylines offered in Seiken Densetsu 3 are far less cartoony and bouncy than Secret of Mana’s , going for a generally darker tone that is reflected well by the surround sound. During specific cutscenes you will hear the appropriate wind or fire blowing all around you, or the mysterious wonder of winter ringing with the sounds of bells as the snow crunches quietly beneath you… there is a sense of immersion with the soundtrack here that cannot be replicated by stereo. It has to be experienced first-hand.
As anyone familiar with this game or its predecessor will remember, the battles in this RPG occur in real-time and the soundtrack bends perfectly to them by mapping the sound effects to the front speakers, leaving the rear to carry on the great music and keep you immersed in the world. The reason I chose Seiken Densetsu 3 over Star Ocean for best use of surround, despite employing the same sort of technique, is simple. Seiken Densetsu 3 has the better soundtrack of the two, and the way the music is mixed alongside sound effects keeps you engaged without jarring you out of it for every battle. Seiken Densetsu 3 provides a seamless immersive audio experience that really showed the best example of how surround sound could be implemented in a game of its time.

These are my top five uses of surround sound in Super Nintendo games, but these picks are just my opinions. There are many more games utilizing surround sound through Dolby Prologic such as Jurassic Park 1 and 2, but there are also a lot that use the stereo-widening without knowing they were doing it, offering a nice surprise treat for people who want to force their games into surround. The best known game to offer ‘hidden’ surround is Super Castlevania IV , which sounds great, but there are others such as Star Fox, Star Fox 2, Secret of Mana, and even one or two tracks in Yoshi’s Island. If you have a surround system that can do Dolby Prologic (II being more common but don’t worry, it’s backwards-compatible) you should try popping some of your SNES games into surround and hearing what you might find! You might even bring some new life into an old favorite.